Top Ten Tuesday which The Broke and the Bookish started in 2010 (I remember blogging with them back in my super book blogging days) and has been passed down to That Artsy Reader Girl.

This weeks topic is;

Books I Could Re-Read Forever

I admit, I don’t re-read books as much as I use to! But every October when I do my Halloween Reading Challenge there are some books I do try and re-read every year. Same in December, there’s one book I like to re-read!

The Notebook by Nicholas Sparks
This is a book I HAVE re-read multiple times in the past. I’ve been a fan of Nicholas Sparks since the A Walk to Remember movie came out in 2002, since then I made it a point to read ALL his books. Granted now, years later I’m a bit behind but still.

I don’t know what it even IS about this book but I just love it so much (despite that my ex husband as sort of ruined the movie for me, but whatever, I wasn’t that much of a fan of the movie anyway). I guess because I relate to Aly in certain ways and I loved the way Noah loved Aly without wanting anything in return (you know, besides an answer lmao). There are SO many quotes I love from this book and there were so many Xanga reflection blog posts that were inspired by this book — I guess that’s a big part of why I love it so much, it inspired me to write.

I’ve Got Your Number by Sophie Kinsella
I remember watching Confessions Of a Shopaholic which was TOTALLY ME back then. I had amazing credit and credit cards with 5-10k limits… then I got married and my credit went to shit cause someone was incredibly irresponsible and didn’t believe in paying off debt despite it impacting my credit and not his, thanks.

I had never READ Confessions Of a Shopaholic but when I stumbled on I’ve Got Your Number I thought it would be a really fun read. AND IT WAS. I instantly fell in love and grew obsessed with quirky British Chick-Lit but sadly for me, I couldn’t find more! So if any of you have any British Chick-Lit suggestions please leave them in the comments!

This is just an overall feel fuzzy good book in my opinion and if it turned into a movie it would easily be my constant background noise (move over 13 Going On 30)! 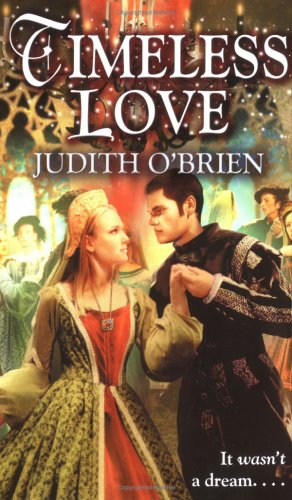 Timeless Love by Judy O’Brien
I remember reading this as a kid! It’s one of those I don’t know who or how this book got in this house but I’m gonna read it anyway sort of things. This was probably my first Historical Fiction book I had read and it was kinda my last lmao. I love the IDEA of Historical Fiction, I just get impatient while reading it. Does that make sense? I remember re-reading this a bunch as a kid, it was so interesting! I should cop another copy somehow!

Anna and the French Kiss by Stephanie Perkins
It’s been my DREAM to visit Paris, France. All those cute bakeries and all the history behind the city. Stephanie Perkins paints such a vivid picture of all the places Anna visits while she’s in Paris. I loved joining Anna in her adventures around the city; St. Clair helps too. This book actually got me to stay up the whole drive from San Francisco to Las Vegas and I’m a chronic road trip sleeper lmao. 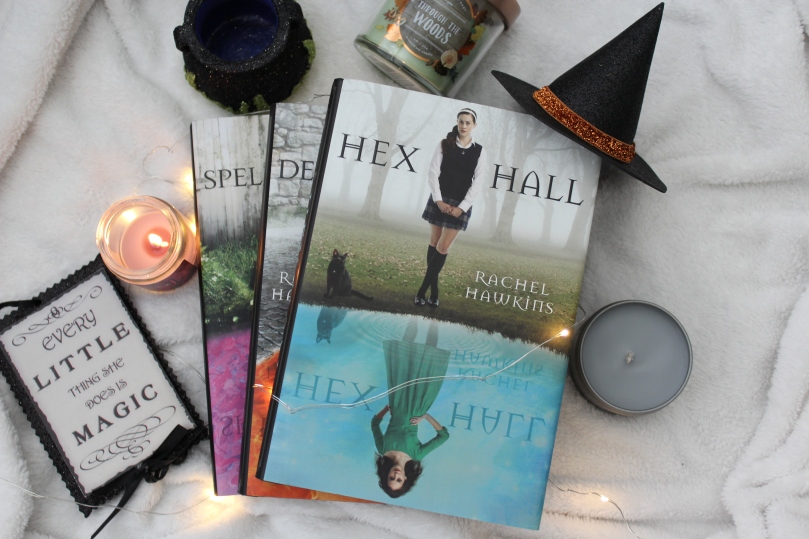 Hex Hall by Rachel Hawkins
Okay, stop EVERYTHING. My October re-reads are some of my hands down favs! I re-read Hex Hall every October because why not? This book is full of speculation, sass and sarcasm. I love this book so much and it’s so hard to explain why without completely fan-girl-ing the hell out. I just love Sophie and Archer so much!

My cat’s name is Sophie (it was that when I adopted her, it’s like meant to be) and when my ex boyfriend’s mom’s stray had kittens I picked out a boy and named him Archer but I had to give him back. Book nerd dreams shattered. But it’s fine, Sophie kinda hated him lol.

Unspoken by Sarah Rees Brennan
Every time someone asks for a book rec this is the one I throw at them lmao. Words can’t. Literally can’t. Explain my intense love for this book. Kami is sarcastic as shit and Jared is such an ass. Especially to his cousin Ash. And poor Ash! He’s the decent one of Lynburns and he gets burned by everyone. Poor guy. I mean I get it, he’s no Jared but come on. The guy means well whereas Jared can’t get his shit together!

I have lots of feelings and thoughts about these characters. Which is why I re-read this every October. Also, I never read the last book all these years later because I can not stand the thought of this series being OVER (even though it technically already is). I know that doesn’t make sense but just trust me on this lol.

Some Quiet Place by Kelsey Sutton
I actually got this book for review a few years ago and immediately fell in love with it. I’m somewhat drawn to books with really dark themes; family drama, abuse, things like that. Even as an adult these types of books make me feel less alone. Some Quiet Place is no exception. My favorite character ironically in this book is Fear. He’s sarcastic and totally unhelpful in every way he can be. The thing that’s interesting about this book is that Elizabeth can SEE emotions but she can’t FEEL them. As in, she sees them as PEOPLE and how they hover around when something happens. I thought this idea was so freakin cool. Like I’m obsessed (and still obsessed) with this idea that emotions can take the form of people. It bothers Fear that Elizabeth is never afraid, despite the things that happen and seeing his frustration adds to why this book is just that damn enjoyable!

I can’t really say exactly why I tend to pick up this book and re-read it from time to time but sometimes I guess it’s just comforting, if that makes sense. I wish there were more books in this series, at least, I’m holding out on hope for more!

Breadcrumbs by Anne Ursu
I’m a sucker for Fairytale retellings and I’m even more of a sucker for Fairytale mashups! This book has both. I feel like Middle Grade reads are so underrated sometimes, they have such intense topics and themes that usually leave me thinking damn that was deep when I’m done and emotionally drained but in such a good and refreshing way. There are some creepy-quirky elements in this read (if that makes sense) that keep you turning the pages! I tend to re-read this around the Winter time though I admit I haven’t picked it back up in awhile.

Dash & Lily’s Book of Dares by Rachel Cohn & David Lavithan
Not really sure what compelled me to read this book in the first place but I’m glad I did. It’s a really laid back and quirky read about two kids spending the holidays alone in NYC. New York is another place I’ve always wanted to go (though I hear it’s dirty there) and I had so much fun joining Dash and Lily on their adventure and seeing how their challenges to each other helped them overcome certain things they were afraid of in the process. This is a book I tend to re-read every December.

So there are my books I’ve actually re-read and would re-read again and again.

What are some books you re-read?

17 thoughts on “Top Ten Tuesday: Books I Could Re-Read Forever”

I’m Hazel Marie, formally known as marielovesbooks. I use to be a book blogger and youtuber from 2009-2013 before I decided to change my blog name and direction.

And now here I am!

I like to talk about all things books, TV shows and challenges I never complete but keep joining!